Covid-19 Coping Statement
We must thank all our customers who have been so supportive during the Covid-19 crisis. By helping us to help them keep safe and observing best practice when accepting deliveries or making contact safely, we have been able to work in a largely normal way throughout. It is our hope that this has also helped to keep work flowing normally in all the businesses for which we make components.

Challenges are there to be met, and we are grateful to all who have made the changes necessary to carry on. The next challenge is Brexit, and while we are not here to comment one way or the other, we have been working hard to make sure that whatever may befall, our customers will be able to rely on us 100%. To check out the preparations Lumley Engineering has been making to ensure continuity, take a look at our preparations page.

As we often deal with emergency repairs, these precautions are aimed at keeping our customers working without placing anyone at unnecessary risk of infection. Thank you for your understanding and co-operation.

For builders, tuners and restorers of cars, bikes, lorries and anything with wheels on, Lumley Engineering offers specialist fabrication, machining and engineering services for:

For more information or to talk over your project, just call us on 07814 615275 or click in the header of any page to send us an email. 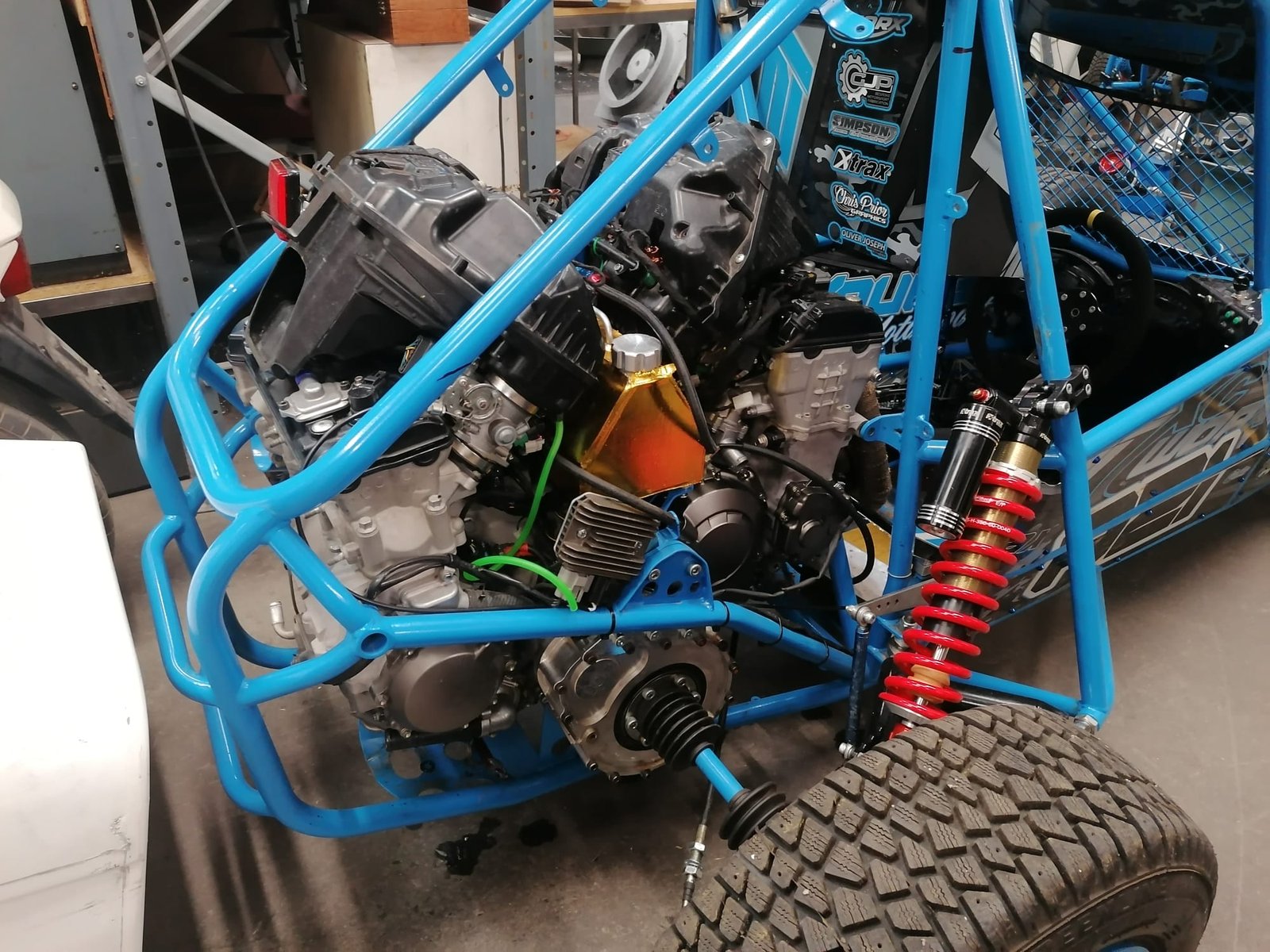 When one ZXR10 engine isn't enough for your Autograss car what do you do? The answer is quite simple, you fit two. While the answer may be simple, the achievement of that as a reality takes a little more work.

With the engines forming an arch and rotating in opposite directions, the drive train has to be a fairly trick piece of work in itself in order to keep the wheels driving in the same direction at similar speed.

Then, in order to physically fit and to ensure constant oil pressure even under the extreme centrifugal force experienced in Autograss racing, both engines had to be fitted with dry sump systems. Luckily, there is a standard Lumley Engineering dry sump kit available which we were able to fit quickly.

Even the fuel tank sits in the tiny space between the two engines, and the whole car bristles with ingenious touches that help to make a quart fit into a pint pot very elegantly.

If you have never been to an Autograss race meeting, it is worth making the trip. You will be rewarded by the amazing sights and sounds of such cars on full chat, sideways everywhere.

Using state of the art CNC machinery, you can call on Lumley Engineering for prototype, test run or short run production volumes of project or test parts. Once viability has been established, your production runs of components can be made just as simply. Visitors from Toddington are always welcome in our Somerset workshop.

For specialist markets such as motorsport and vehicle restoration, we have the facilities and expertise to make one-off and replica components. Even if you are not local, many parts can be made as one-off items or short-run production components from your drawings, patterns or templates emailed or posted to us from the Toddington area.