This striking sidecar outfit, a one-off, came to us as an unfinished project which, we're happy to say, is not an unusual occurrence here at Lumley Engineering. Named 'Blade Sport' after its designer Peter Blades, whose brief was to create something along the lines of the Ariel Atom sports car, the sidecar is wedded to a handsome K1200R BMW 165bhp naked motorcycle which style admirably suits the uncompromising, elemental nature of the space-frame sidecar. We were immediately taken by the sidecar's Formula 1 race car invoking shape and the quality aluminium bodywork made by its builder.

Worth noting is the chair is 600mm wide with a nearside cut out just aft of the mudguard. This enables the passenger to shift body inboard and outboard, weight input that greatly helps the rider corner. Hence we call them 'the sidecar co-pilot'.

Our starting point on John's brief was to design and build a 'hub-centric' steering arrangement along the lines of European sidecar outfits which he had extensively researched, in person, in France.

Although we frequently make leading-link steering systems, hub-centric was a first for us. There's a lot to bear in mind and our experience as builders of F2 racing sidecar outfits, as well as numerous road outfits, was put to the test. Without getting too technical, perhaps the toughest challenge was to get a ventilated disc, a hub, twin brake calipers and ball joints all within the sporty, commercially available alloy wheel that the bike came with.

Next we needed to create a steering column with arms, or 'drag links', to control precisely the sizeable 185/55R16 front wheel. This necessitated moving the shock from its original position, central on a K1200R, to the nearside. Then fabricating twin wishbones on spherical bearings capable of withstanding the significant lateral forces such a super-sport road outfit will encounter. Hypercritical trail and caster demands were painstakingly resolved in our design with micro trail adjustment achieved through eccentric cams.

John's brief to us was crystal clear. He felt the sidecar's suspension was not right, consuming excessive road width. We examined the novel fabrication as presented. Being wishbone in layout, like car suspension, it flew in the face of conventional sidecar trailing link suspension, with the aim of improving ride, tyre contact and handling. Several attempts later we found a way to simplify the design and close the gap between wheel and sidecar body, yet retaining the advantages of wishbone layout.

Finally, there were a lot of details to attend to including seat locking, footbar, hydraulics and LED lighting.

Now it's with its owner and on the road, we are delighted to report that John is super happy with the result and tells us it handles a dream, with or without a sidecar co-pilot. The proof may be in the pudding as they say, but handle like a pudding - this rig does not!

We think it's a truly remarkable one-off outfit, from original idea, through design to execution and are delighted to have played our part in it.

Here are some more pictures of the outfit in its finished form and throughout the build process. Enjoy browsing them. If you fancy something extra special for your own outfit, just give us a call, or click in the header of any page to send an email. 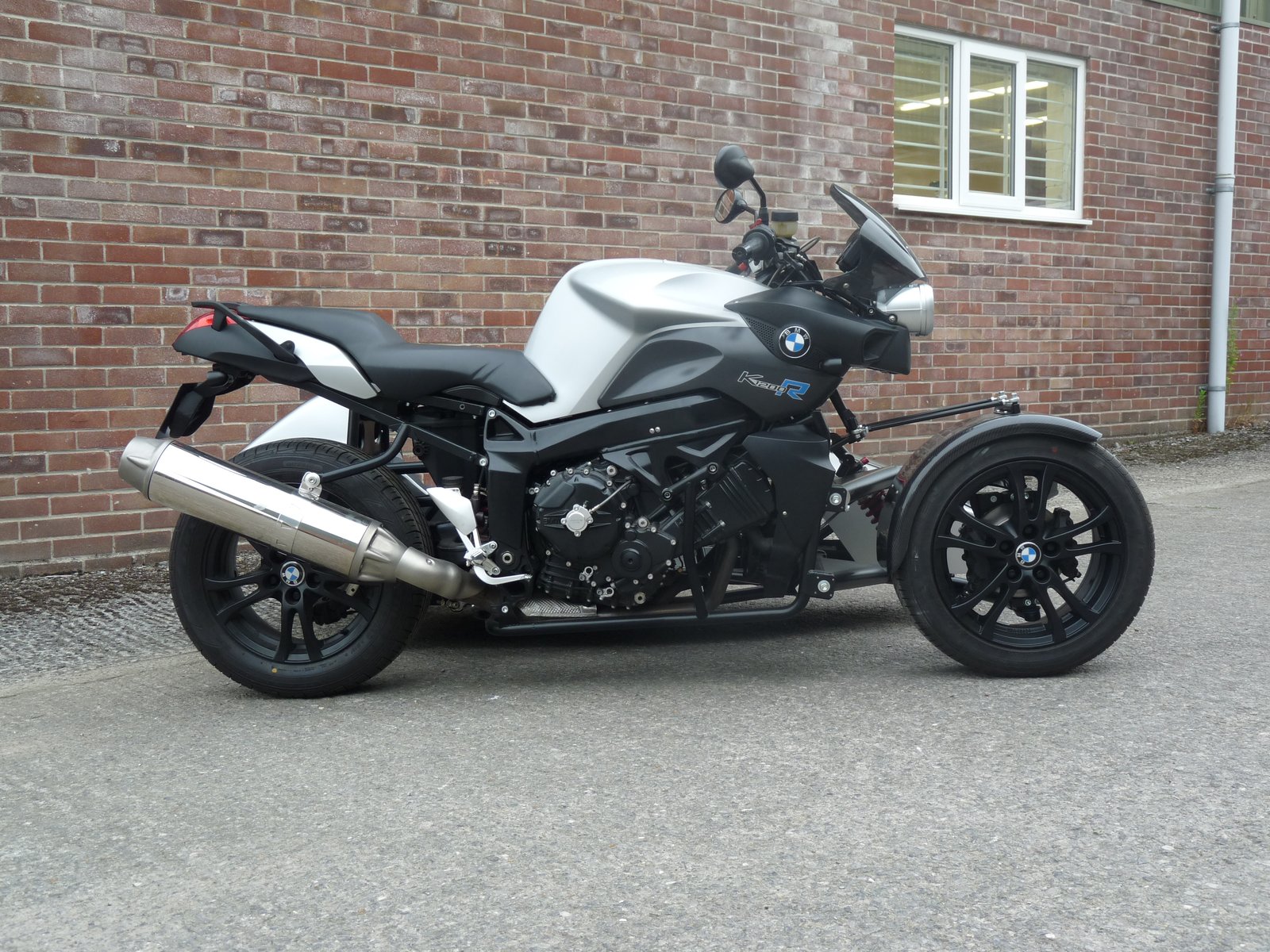 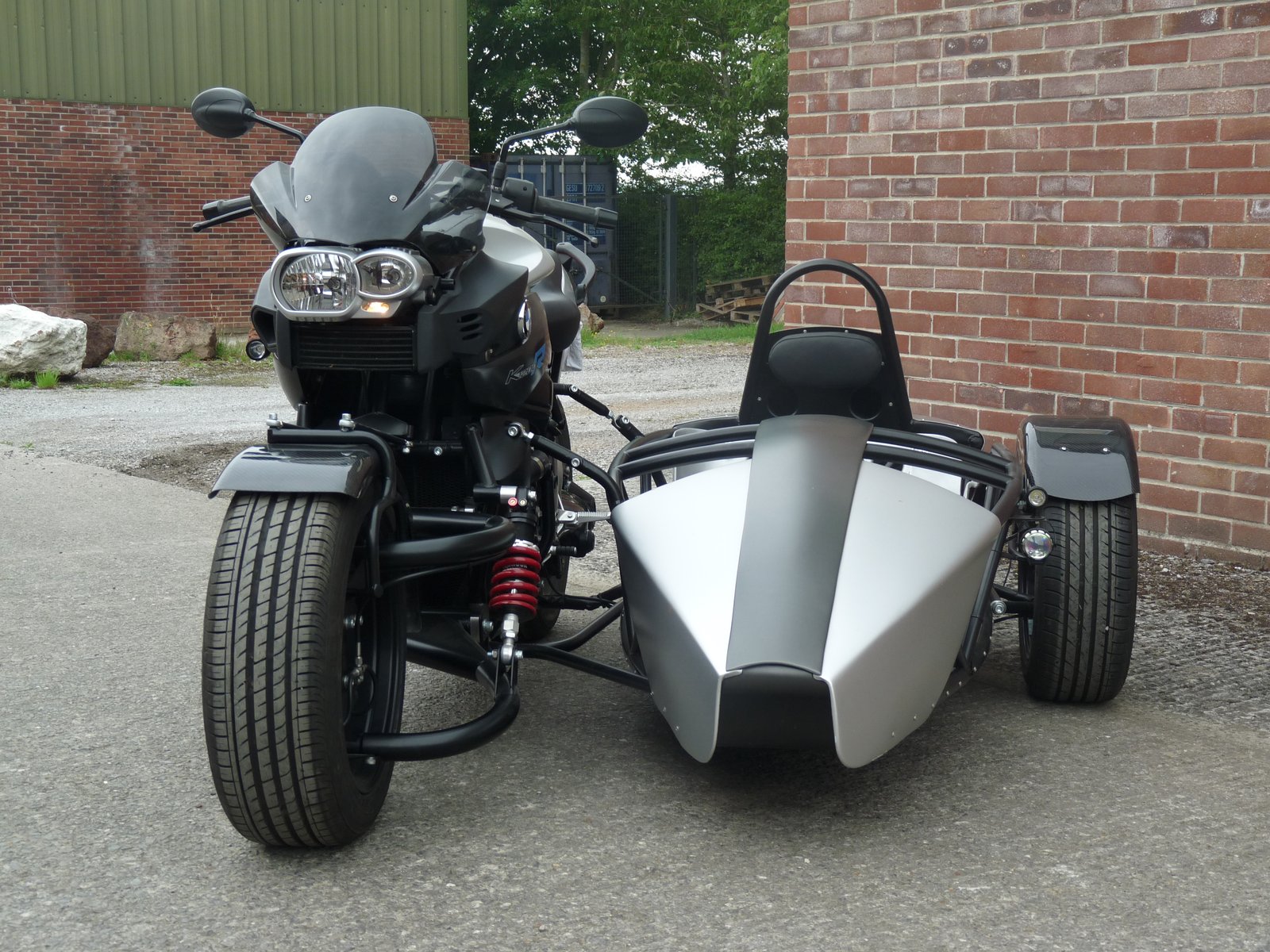 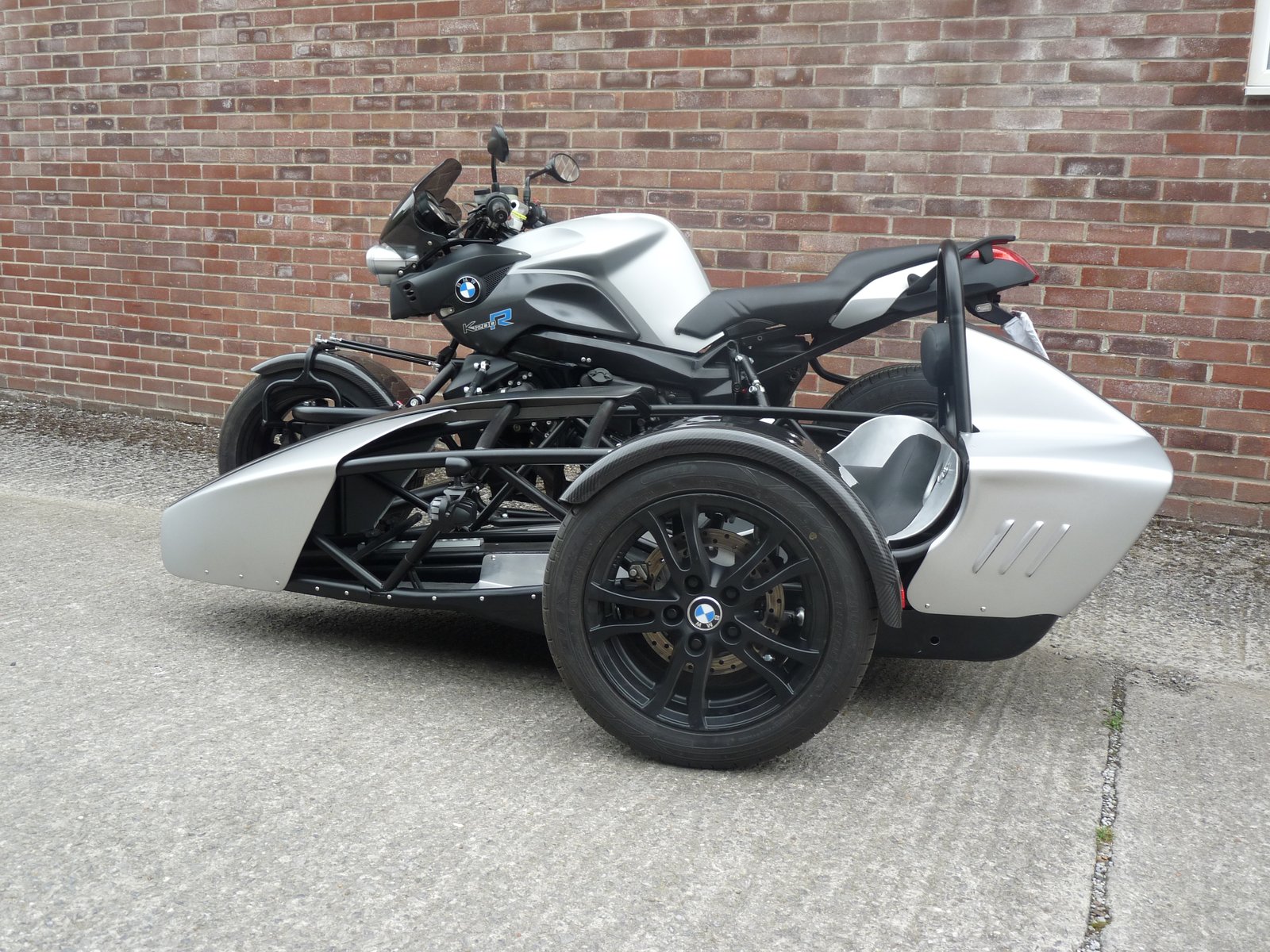 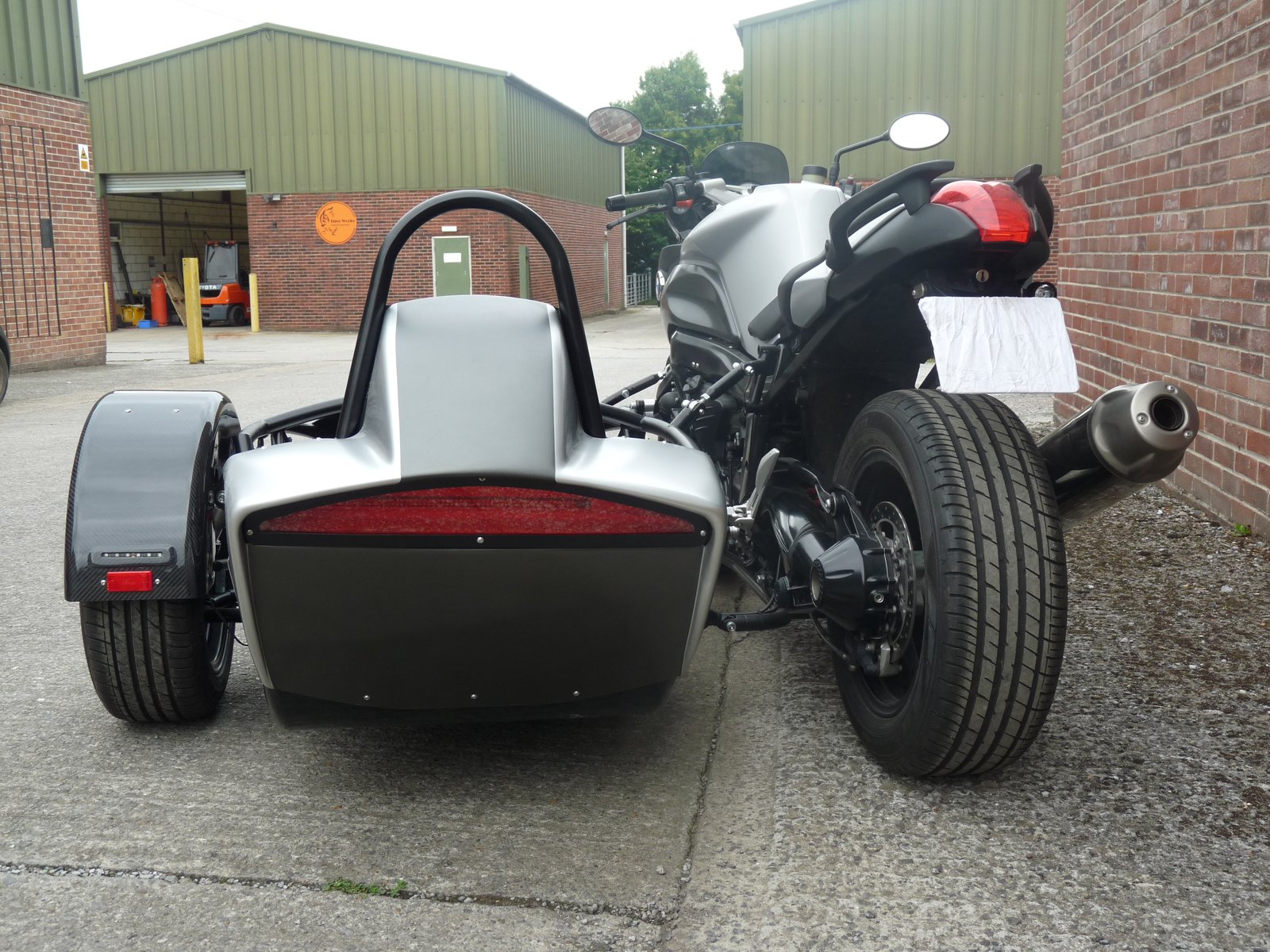 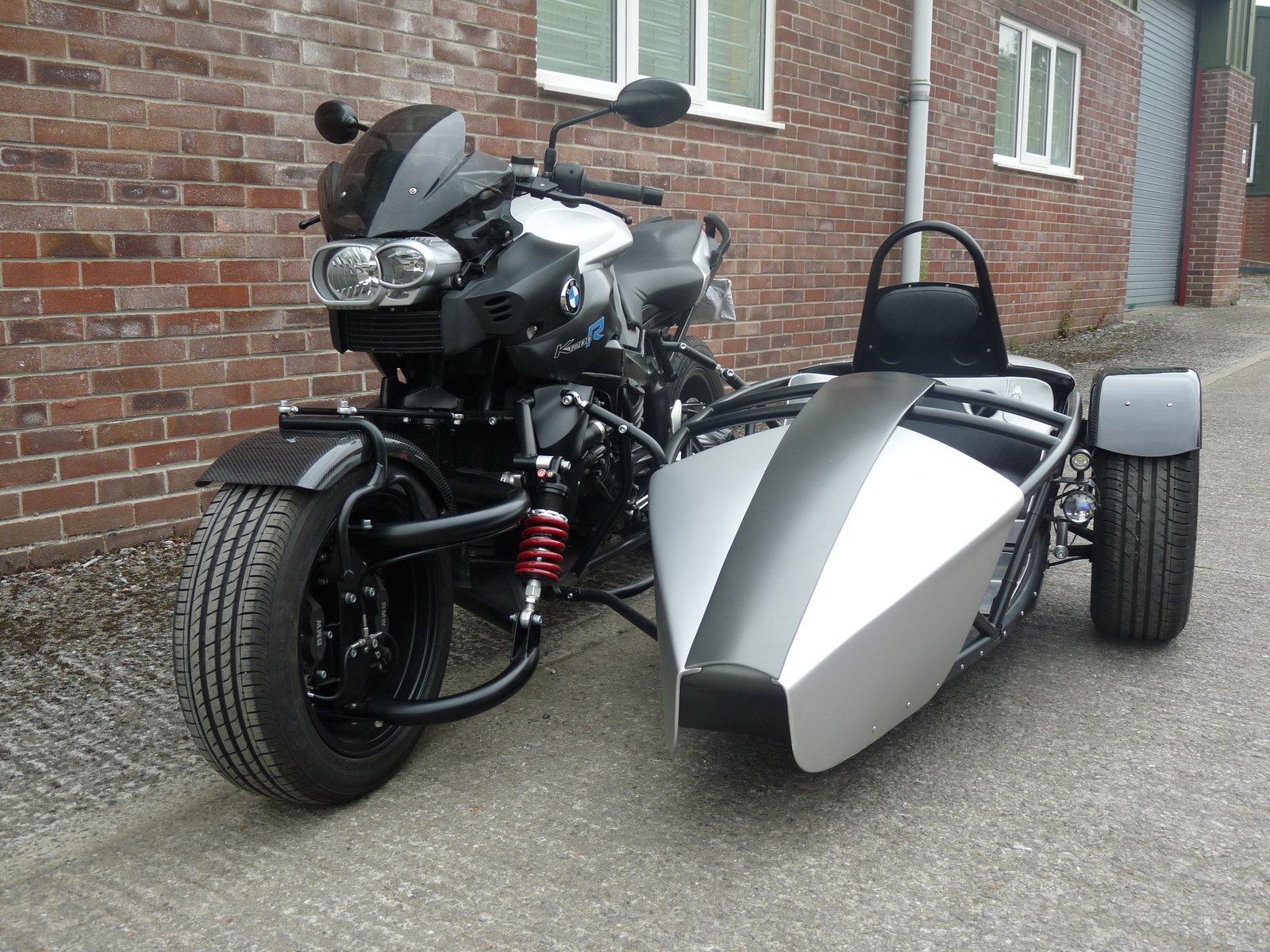 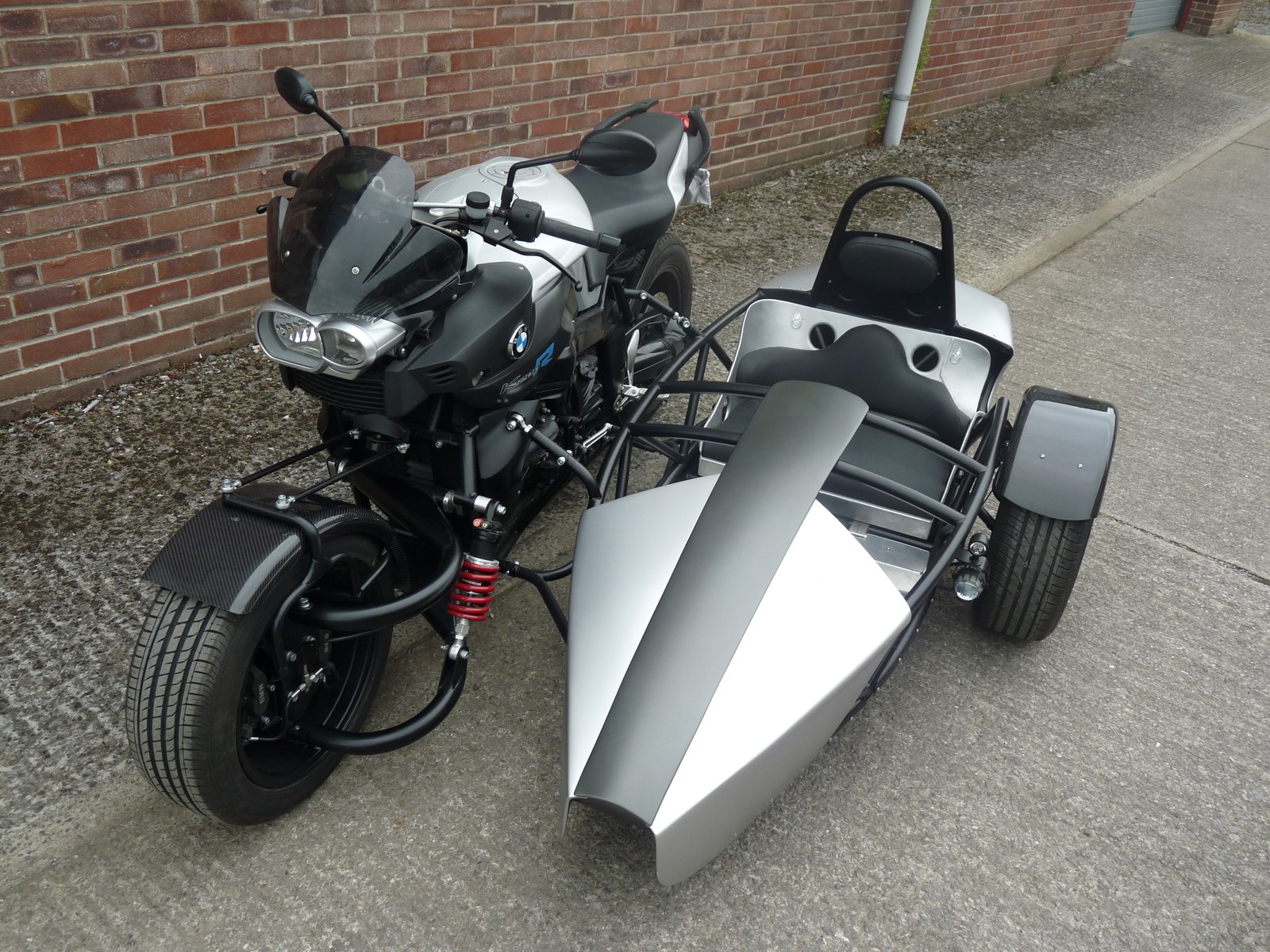 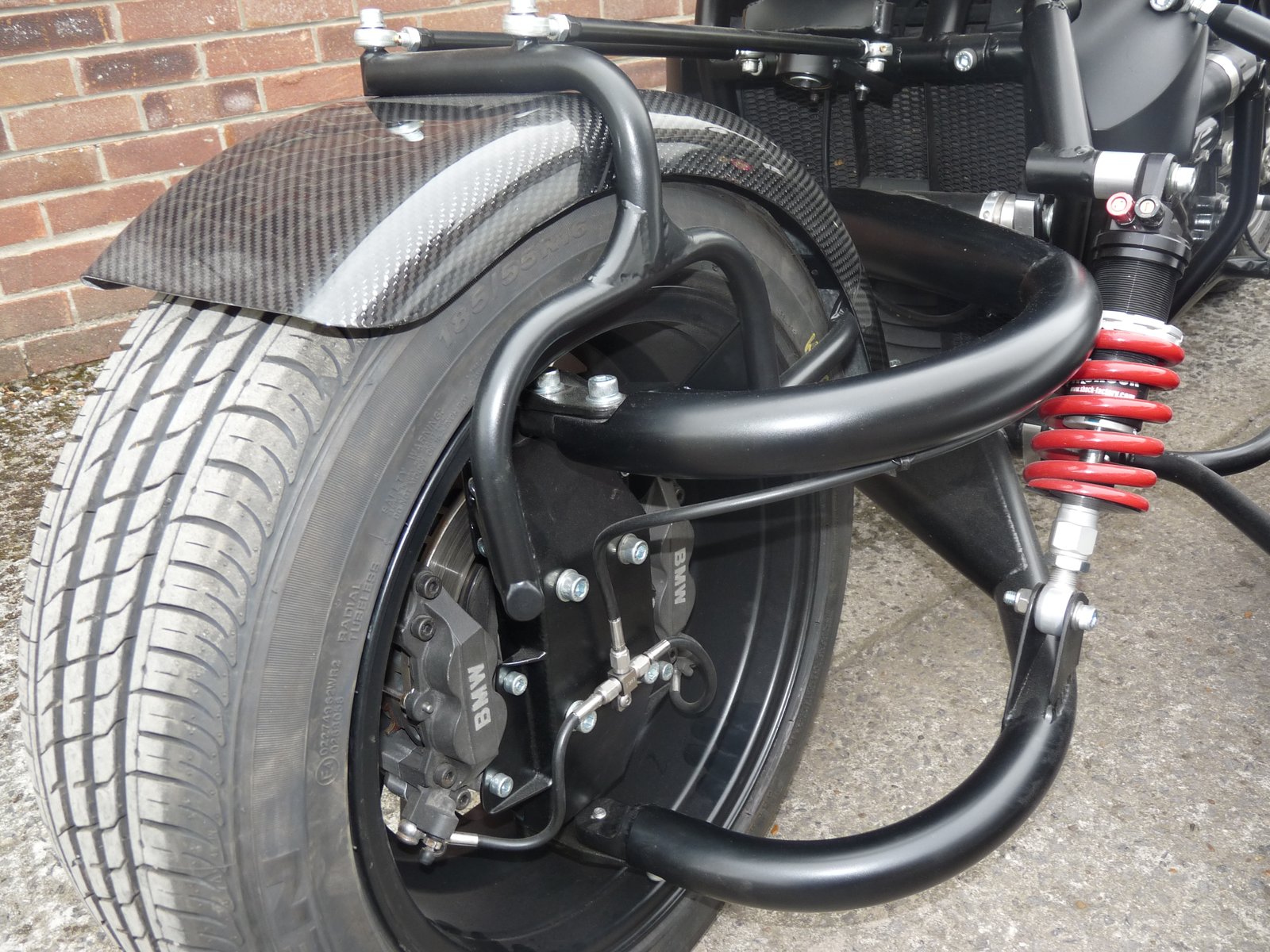 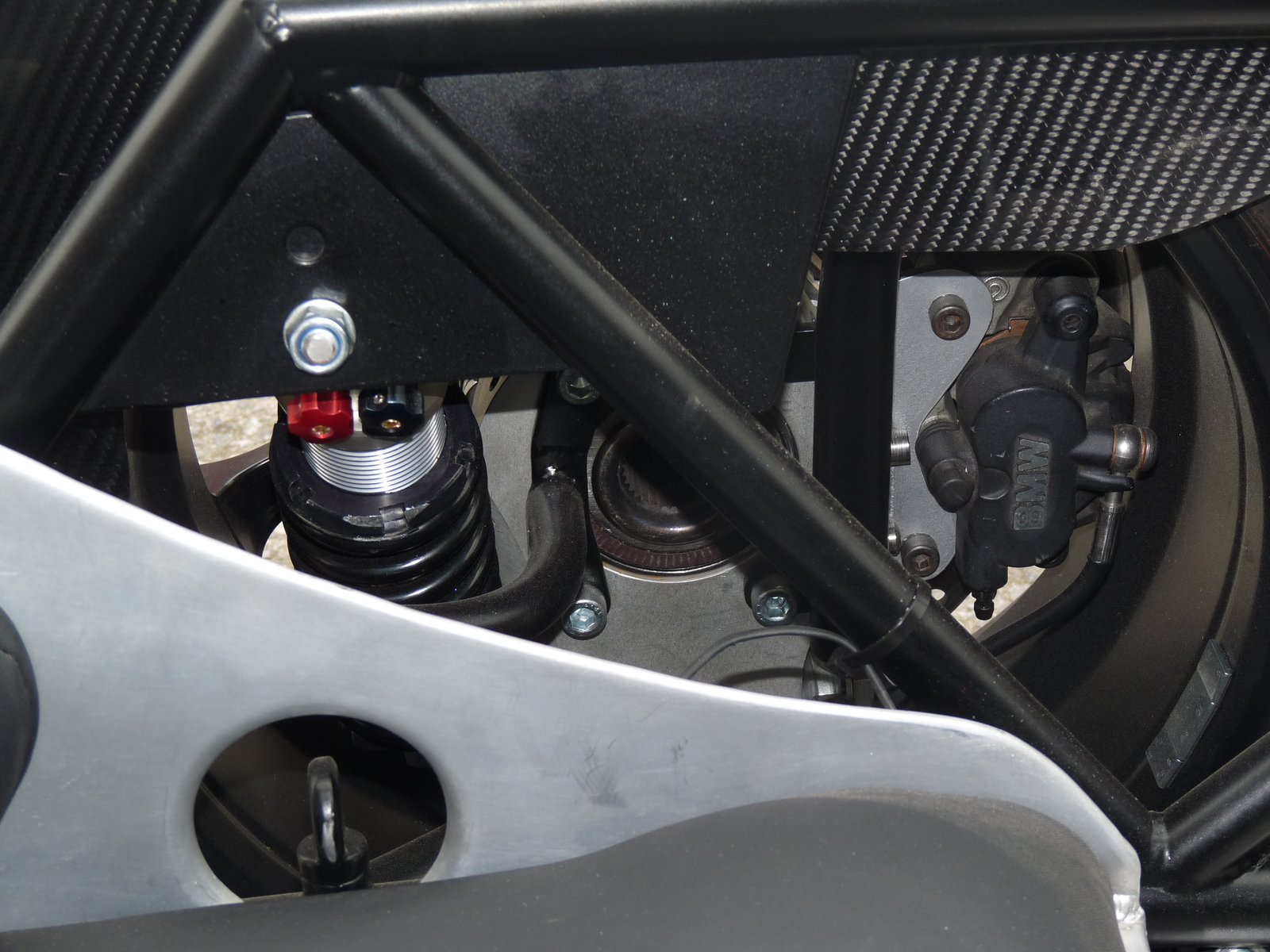 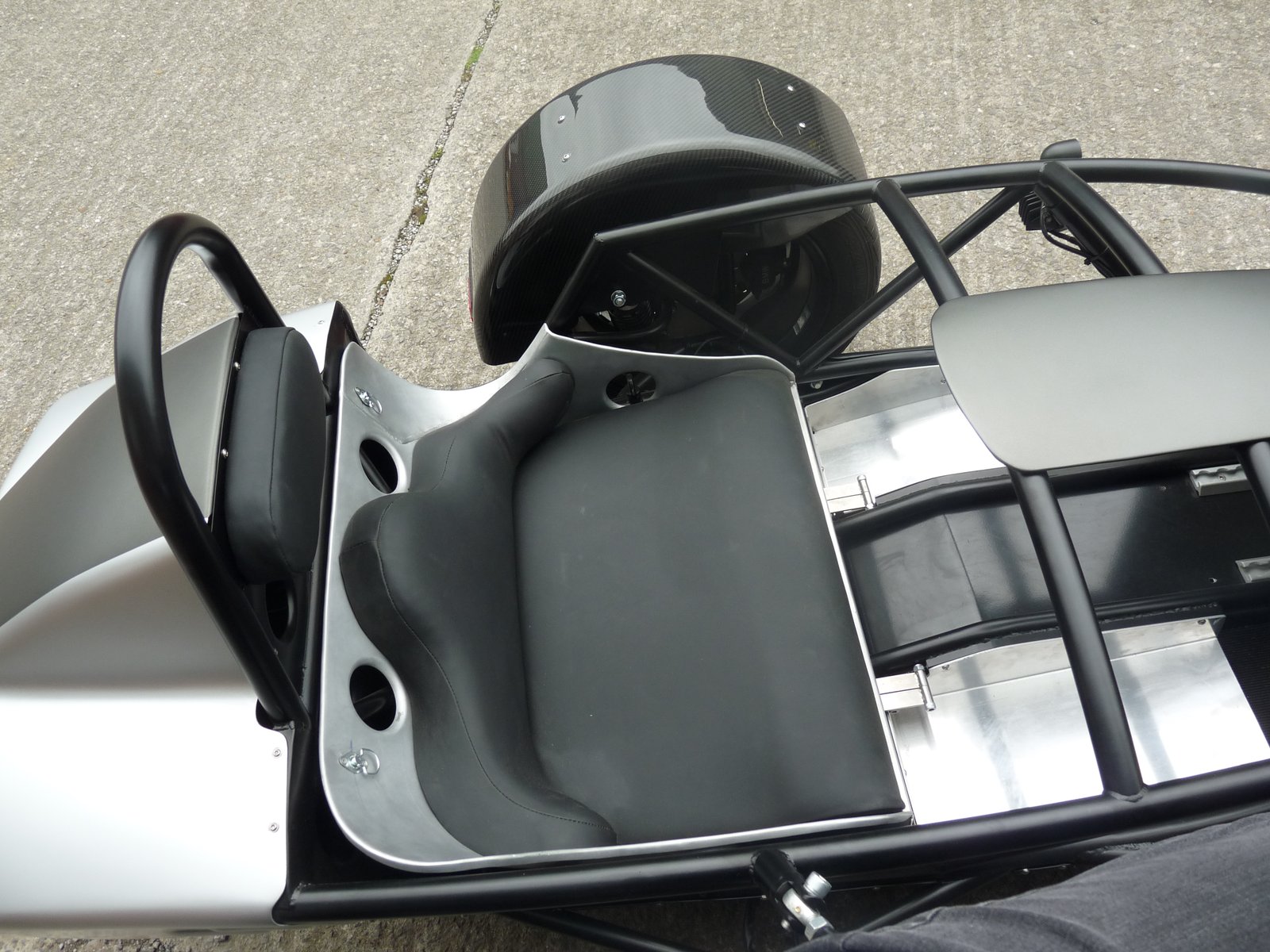